In order to ensure reliable and durable operation of the facility, it must be built from high-quality building materials. Therefore, before starting construction work, it is recommended to test the strength of the brick. Thanks to this procedure, you can check the quality of the brick, identify its defects and take measures to eliminate them. 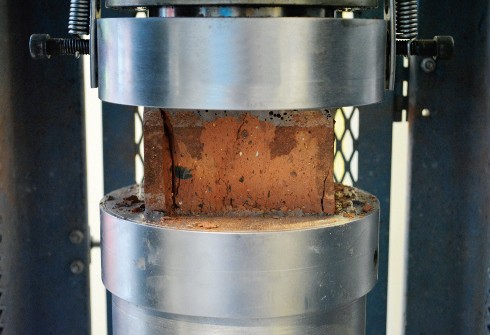 Testing the brick for strength is carried out in laboratoriesequipped with special equipment. The tests determine the resistance to mechanical stress, such as bending or compression. In addition, conditions are artificially created that mimic the effects of negative environmental factors on the brick.

As a rule, a brick is checked for three indicators: bending, compression and frost resistance. In the first case, a load is applied to the control series of samples and is evenly distributed over the entire area. The test is carried out until the product is destroyed, after which the load at which this happened is recorded.

Compression tests of bricks are also conducted in the laboratory. They are necessary in order to determine the product's resistance to stress and its stability. Control samples are fixed in a special press in which they are subjected to a uniformly increasing load. The size of the breaking load determines the tensile strength of the brick.

The resistance of the brick to low temperatures is checked by alternating movement of the product from the water into the freezer with a certain time period. Testing is carried out until the brick begins to collapse. Determination of frost resistance is an important task before starting any construction.

Strength tests of bricks in special laboratories provide information on the suitability of bricks for subsequent construction work. Such a check must be carried out, only this way you can make sure that the brick meets the parameters declared by the manufacturer.

Order a service: Construction laboratory of materials and structures

Basic methods for determining the frost resistance of concrete 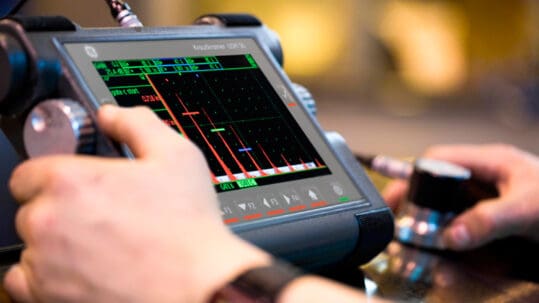 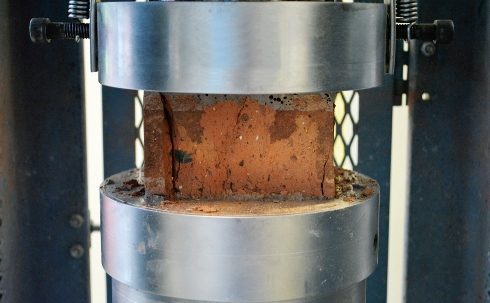